Get more out of your cell line

Previous studies have suggested that perfusion culture may be able to overcome some of the limitations of difficult-to-express proteins. To test this directly, we grew hybridoma cells in AcuSyst perfusion bioreactors expressing protein products that were known to be challenging to produce in shaker flask culture. 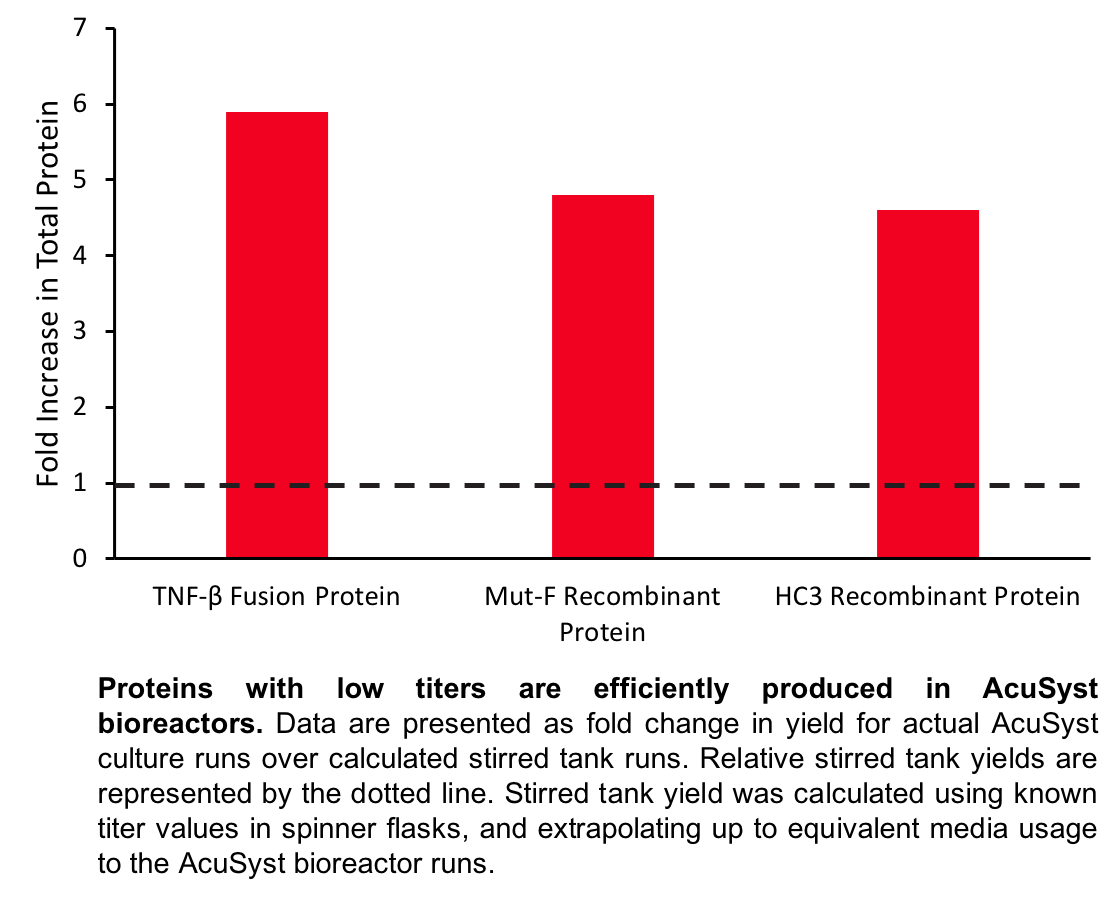 A TNF-β fusion protein was known to have a low titer of 0.023 mg/L when grown in shaker flask culture. In an attempt to increase protein titer and to extend the culture run length to maximize productivity, TNF-β protein was produced in a two-cartridge AcuSyst bioreactor (Maximizer) over a 70 day culture run. A total of 400 L of media was consumed. In the EC space, 5 liters of supernatant was collected containing 54 total mg of protein.

An anti-HIV-1 replication recombinant protein (Mut-F) was expressed by a CHO cell line in shaker flask culture at a titer that was too low for efficient manufacturing (0.012 mg/L). The cell line was grown in a six-cartridge AcuSyst bioreactor (Xcellerator) for 77 days to maximize productivity. A total of 3,850 L of media was consumed throughout the run, and 15 L of EC space supernatant was collected containing 220 total mg of Mut-F protein.

The recombinant protein HC3, expressed by CHO cells, was observed to cause suppression of expression at titers greater than 10 mg/L in shaker flask. We proposed that higher titers might be achieved in a perfusion culture in which protein is continuously harvested. The cell line was grown in a one-cartridge AcuSyst bioreactor (AutovaxID) for 30 days, and consumed a total of 100 L of media. In the EC space, 10 liters of supernatant was harvested containing 4.6 total grams of HC3 protein.